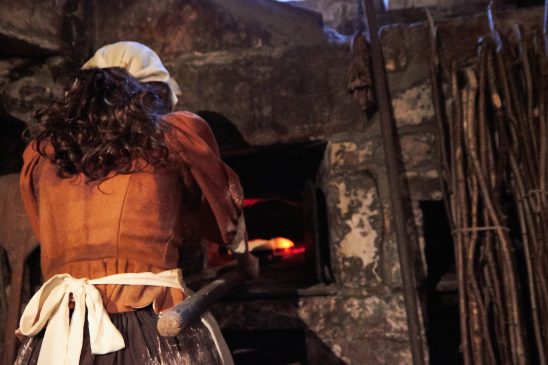 The Faggot oven was constructed outside the kitchen on the earliest medieval floor level with its mouth just projecting into the building. The bread oven is of a design which originated in Rome around 100 B.C. and was still the normal type of construction until the early 17th century.Faggot ovens were large low stone or brick chambers into which tightly tied bundles of thin branches – faggots – were pushed, one each side and one or two at the back, and then set alight.The oven door or stop made of clay, iron or timber was set at an angle into the oven mouth, the top leaning outwards, the bottom inwards. This allowed air to be drawn in at the floor for the wood to burn, and the smoke to escape at the top. 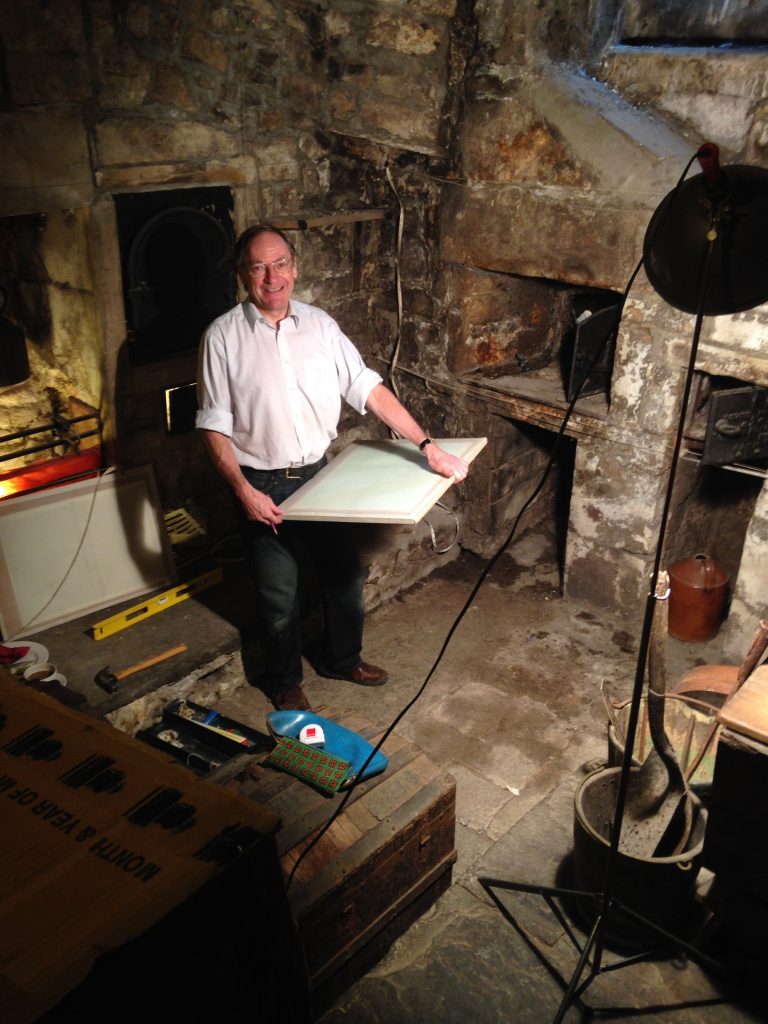 Once the faggots had burned to ash, the hot embers were raked out, the oven floor or sole was swept clean with a scuffle (a wet sack cloth swinging on the end of a pole) and the heat stored in the stone would be sufficient for baking bread. Bread was a staple and vital part of everyone’s diet. The abbey dominated the city during the medieval period. When King John visited Bath in 1207 the clergy and religious were said to be one – third of the population and the church grounds to cover one – quarter of the city. We can speculate that King John ate bread baked in our Faggot Oven.