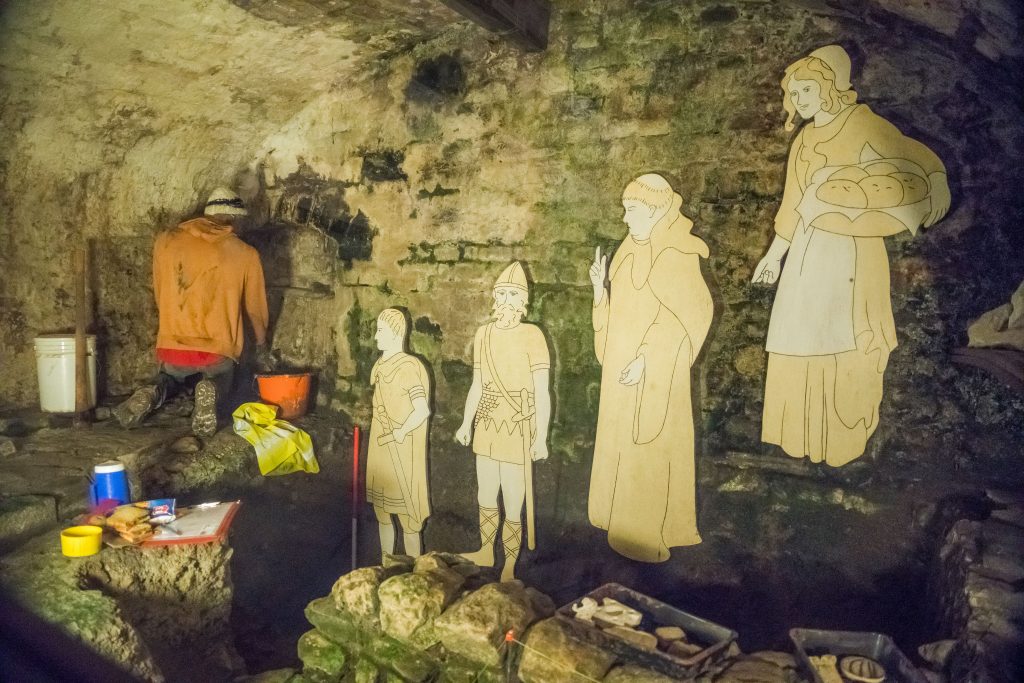 The story of Sally Lunn’s House starts long before the arrival of Sally Lunn in 1680. Excavations in the cellar’s of this timber framed building, firstly in the 1930s and more recently in 1985 have produced many finds dating back through Bath’s history to Roman times.The excavations on display in the north cellar reveal, at the deepest level, the Roman occupation. Here many box flue and other tiles have been found from a hypocaust (underfloor central heating system) together with tesserae from floor mosaics, painted plaster from the walls, roof tiles and pieces of high quality Samian pottery. 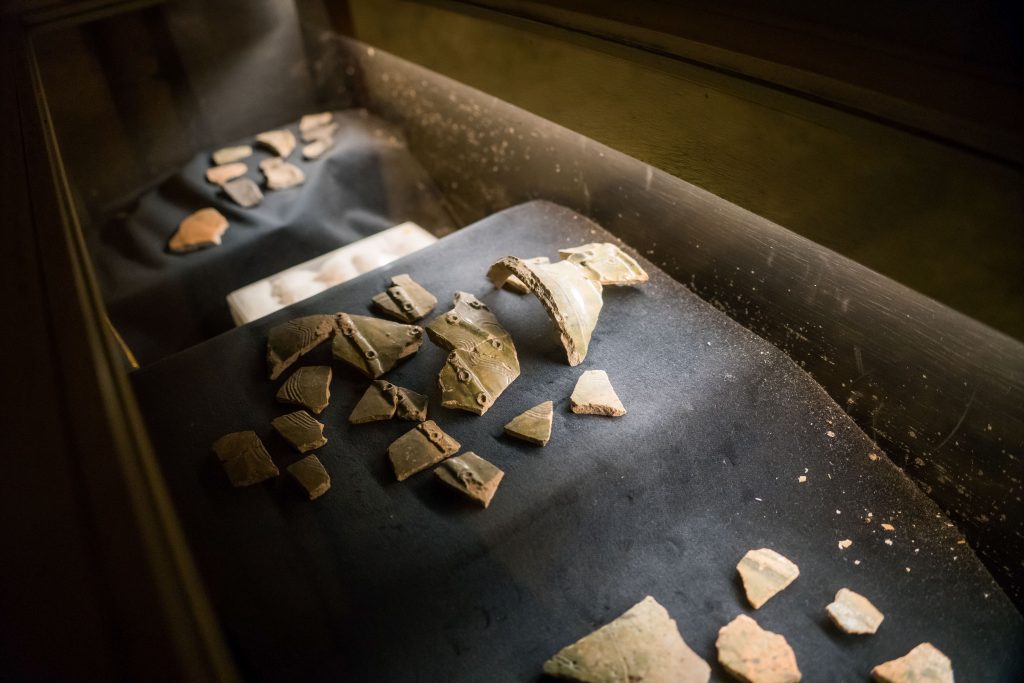 A particularly exciting discovery was the painted rim of a mortarium (mortar) designed for teasing the flavour from aromatic plants.Without doubt there was a Roman building on this site in which food was prepared and eaten. Located so conveniently close to the Roman baths it could have been a Roman inn for travelers.This would take our tradition of hospitality and refreshment back nearly 1800 years, to the period when the hot springs and the temple of the goddess Sulis Minerva attracted visitors from all over north-west Europe.

In 1091, William II granted the city and Saxon abbey of Bath to his former chaplain and doctor, John de Villula, Bishop of Wells.

The see was transferred to Bath and work began on a massive cathedral priory, complete with bishop’s palace. Sadly, in 1137 his glorious buildings were devastated by a fire that ran through the whole city. The abbey complex was rebuilt at great expense by Bishop Robert of Lewis (1137 – 66), including the church, chapter house, cloister, dormitory, refectory and infirmary. The southern range of the buildings, now under Sally Lunn’s House, would have contained the refectory and kitchen of the Benedictine monastery. In the north cellar of Sally Lunn’s House; visitor’s can see the foundations, floor and stone walling of part of this medieval complex.

The low stone wall stands on a rubble foundation and served to raise the large lower timbers of the walls off the ground. The building was occupied for centuries. Seven separate floor levels have been discovered, each containing bone pottery debris.A prize exhibit is part of a fine green glazed face Jug made at Laverstock, near Salisbury. The lowest floor level can be dated to around 1150 and rests on rubble containing rich pink burnt stone from the fire of 1137.