Bath Buns – so which is which?

Bath Buns – so which is which?

The Sally Lunn Bun is the Original Bath Bun.

It is a rich round and generous brioche ‘bun’ similar to the historic French festival ‘breads’. Sally Lunn, a Huguenot refugee (perhaps better known as Solange Luyon) came to Bath in 1680 via Bristol after escaping persecution in France. In Lilliput Alley she found work with the baker and introduced her now famous light and delicate ‘bun’ to pre Georgian Bath. Sally’s fame, together with that of her bun grew and grew alongside that of the city of Bath. Versions of the Sally Lunn Bun can be found around the world in Canada, The United States, New Zealand and Australia. Further, even in the UK attempts have been made to copy the original Sally Lunn Bun. The original and very secret recipe is passed on with the deeds to Sally Lunn’s house and is still made by us by hand. All things evolve and become copied over time. Recipes claiming to be similar to Sally Lunn buns can be found in publications dating back to early in the eighteenth century. Elizabeth David, who wrote the definitive book: English Bread and Yeast Cookery in 1977, suggests from her extensive research that Sally Lunn Buns with their delicate and light personality “differed greatly from a version downgraded by bakers into the amorphous, artificially coloured, synthetically flavoured and over-sugared confections we know today. This LondonBath bun should, I believe, be distinguished from the Bath Bun of Bath”

It is suggested that the Great Exhibition of 1851 gave birth to the ‘London’ Bath bun.  Records show that 943,691 ‘Bath buns’ were consumed over the 5½ month exhibition period. It is widely agreed that a few corners were cut to create such a large amount of buns and reports of their poor quality were widespread.  It seems that the stage granted to the ‘London bath bun’ gave it life and again gave birth to many copies. Over the last 40 years or so, the bun many people have come to call different versions of this ‘London Bath bun’ a ‘Bath bun’ which is a shame because unlike Sally Lunn Buns they are small, doughy / stodgy and overpoweringly sugared. They also keep miserably.  However, if you have a very sweet tooth and can get a good ‘London Bath bun’ straight out of the oven they can be OK. 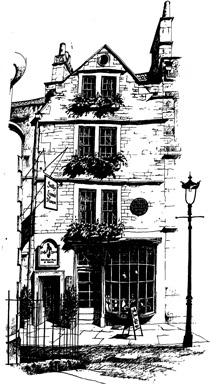